TRU Group Inc has worked extensively in most countries of the European Union, Eastern Europe, the United Kingdom and neighboring countries. 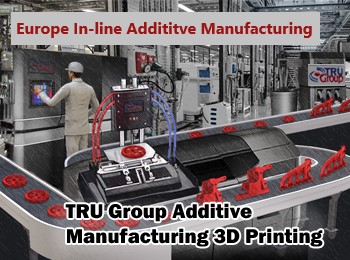 TRU Group works locally - providing all our consulting services -in Europe including in countries that are not members of the European Union. Our Assignment Teams are selected on the principle of "most qualified" for the task at hand, so TRU Group North American based people travel frequently between the two regions and vice versa. Entering 2020 we are wrapping up some high-tech assignments for European clients, for example in 3D-printing additive manufacturing on the production-line and the feasibility of a specialty smelting of a light metal not currently produced in Europe.

Turbulent Trade Times 2020 in Europe - TRU Group can assist you manage the turbulent trade and business environment resulting from US-Europe trade and Brexit issues. In addition, we are established and experienced in Canadian or Mexican manufacturing: The EU has trade agreements with both these countries. For British companies facing the new Brexit challenges we can assist with refocusing and setting-up in North or South America and the British Commonwealth. Similarly, China is in the trade limelight, particularly on ownership and security issues: TRU Group can assist European entities to evalaute and compare with alternatives juristictions like India, Brazil and Mexico.

CYPRUS : TRU Group is active in Cyprus which is a full member of the European Union. In 2015 we have initiated programs to bolster activities related to several developing opportunities -

In 2014 TRU Group initiated programs for assignments related to the new natural gas finds in Cyprus. 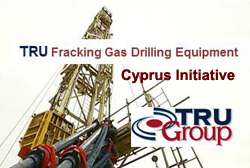 TRU Group Inc, Nicosia Cyprus, January 5, 2015 – “Cyprus is a good location for medium scale gas-based chemical production like urea fertilizer”, says TRU president Edward Anderson. Anderson is visiting Cyprus to seek investor interest in building niche natural gas derived chemical or medium-scale energy-intensive industrial operations. The nature of the business we plan to establish will be firmed up over the next few months but could range from the formation of a manufacturing company to providing the expertise or undertaking the engineering. Our plan fits well with the developing situation on gas exploration around Cyprus as the proposed plants would be a better option than, and substitute for, uneconomic liquefaction or pipeline transportation of natural gas – especially if proven gas reserves are limited. “I would hope that the Government also is attracted to this idea as these industries provide huge value added benefits to Cyprus in revenues, technology and high paying jobs” says Anderson. 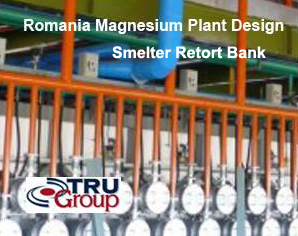 Bernard M. Closset M.Sc., PhD is TRU Group coordinator in Europe. He speaks most European languages He travels extensively throughout Europe and is frequently in North America. His academic background is in physics, chemistry and metallurgy and he has more than twenty-five years of experience with manufactures in North America and Europe. He is a material specialist - in particular in high technology magnesium, strontium and other light metals*, alloys, or compounds for aerospace, electronics, medical device, automotive and pharmaceutical use. He is a authority on magnesium, strontium, calcium and aluminum metals & alloys technology - primary metal production, refining, engineering, alloying and applications. Bernard Closset is a world renown strontium metal expert [Sr metal is used in Aluminum-Strontium master alloys] * Production and Electrolysis of Light Metals, by Bernard Closset. Pergamon Press 1989, TF82-53/W1